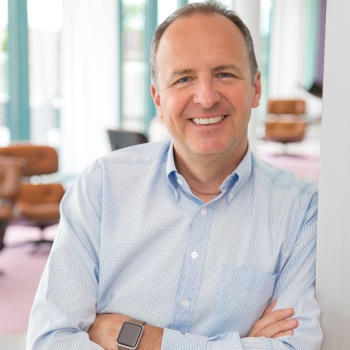 Mr. Jürgen Pinkl is a Managing Director at Accenture. He graduated in Computer Science in 1993 and joined Accenture right after his studies. For several years he worked mainly in the Financial Services industry practice where he gained considerable experience in managing large scale projects, complex technical architectures and IT sourcing strategies. In 2009 he took over the leadership of Accenture’s Financial Services Technology business within Austria, Switzerland, Germany (ASG) and later in 2013 for all Europe. Since beginning 2016 Mr. Pinkl has been leading the Technology business across all industries in the ASGR region (role expanded to include Russia in 2017) which covers Accenture’s full range of System Integration and Application Outsourcing services. As the ASGR Technology Lead Mr. Pinkl is focusing on operational excellence, while he is also passionate about new technologies and it is one of his main priorities to drive innovation in Accenture Technology.